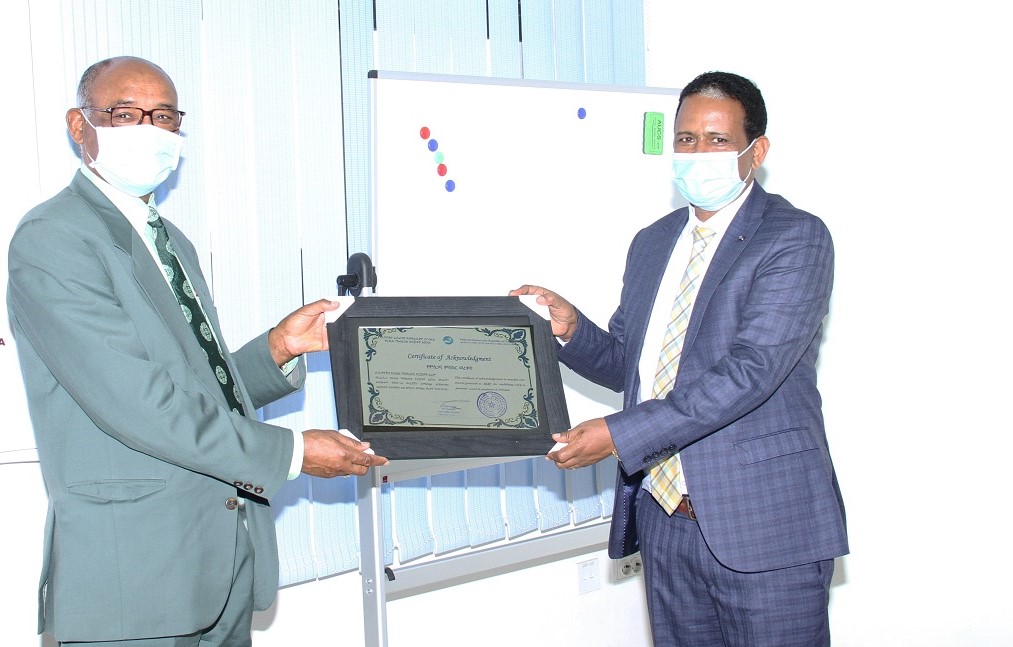 The CSO’s AD HOC taskforce leadership delivered a media briefing on the progresses made in the emergency response. The briefing was held at the AGENCY headquarter on 12 May, 2020. On the event the leaders had the opportunity to explain the multi – pronged response to the media and the Guest of Honor, His Excellency Ato Jima Dilbo, the General Director of the AGENCY, who also gave an opening address to all present.

On the briefing the taskforce chairperson, Nigussue Leggessa ( PhD) has given the essentials of the progress so far, he said the taskforce has been working two or three times a week employing the suitable technology. The task force has exchanged ideas, data, and information to inform their decisions and reasonably assist member organizations effort towards the same objectives. The taskforce chairperson and the Ethiopian Civil Society Forum (ECSF’s) Executive Director and the taskforce’s secretary w/zo Belen Ejigu applauded the efforts made by member organization in various consortiums who have responded to the taskforce’s organizing effort. It was noted, members are working with local, regional, federal level administrations. With the limited data that was possible to gather , to date the CSOs has contributed in cash and in kind to the tune of 684,199,943 birr( Six hundred eighty four million, one hundred ninthy nine thousand and nine hundred forty three birr).

After the delivery of the summery of the progress, the taskforce members have given the perspectives that shape the context to the briefing one by one from the thematic areas vantage point they do represent. Their briefing created a deeper insight on the challenge and the complex undertaking at hand.

At the end of the ceremony the AGENCY’s General Director recognized the effort exerted this far by the forum, the taskforce and the leadership who are working to contribute to the emergency demands by giving certificate of recognition.

There are no upcoming events at this time.